The Research & The Science

The research that eventually evolved into Potentiated Magnesium (pMg) first began in 1968 when an independent orthomolecular biochemistry researcher was searching for a natural remedy for stress-induced premature ventricular contractions (PVCs), a type of irregular heartbeat that is usually perceived as a skipped heartbeat and is caused by physical, mental or emotional stress (absent an underlying organic cause).  After researching every single known nutrient, one at a time, the focus was narrowed to minerals, which, after about a dozen years of trial and error, eventually led to the essential mineral magnesium.  It took about another 10 years or so to develop a way that would overcome magnesium’s inherent hydrophilic nature (magnesium’s Achilles’ heel), which eventually evolved into the Compound Complex process.

In 1991 The Research Lab was founded as a dedicated Research and Development (R&D) entity, as the research intensified.  During the 1990’s it was learned just how important and powerful the essential mineral magnesium really is – once it could be taken in meaningful amounts without it producing its usual laxative side effect – thanks to the development of the unique Compound Complex process.  This revealed the extraordinary health benefits potential of magnesium – the potential it always had but previously went unrecognized simply because not enough could be taken – which eventually far eclipsed its ability to help control stress-induced PVCs.

Several of the early research studies demonstrated that as much as 3,000 mg per day of elemental magnesium from pMg could be taken on an ongoing basis for at least a year, and 1,700 mg to 2,300 mg taken for more than 10 years – without producing a laxative effect or any deleterious side effects.  These intake amounts of magnesium were previously unheard of, and virtually impossible to take with any other kind of oral magnesium supplement.  From then on, numerous research studies were conducted and several patents applied for.

Four of the most important things to come out of the research was: (1) The discovery of the underlying cause of dystrophic calcification (which is unbalanced calcium metabolism); (2) The discovery of the formation pathway of dystrophic calcification; (3) How the essential mineral magnesium balances calcium metabolism; and (4) The profound beneficial impact of the adequate intake of magnesium and vitamin C has on the support, structural integrity, and normal function of the cardiovascular system.

The Key to Magnesium’s Effectiveness

The key to magnesium’s effectiveness is that it is a natural calcium channel blocker that regulates and controls how much potential cell-damaging calcium is allowed to enter cells, thus being the only thing that can balance calcium metabolism.  And, the only form of magnesium that has demonstrated its ability to effectively balance calcium metabolism, by allowing optimum amounts to be consumed without producing magnesium’s usual inherent hydrophilic laxative effect or any other deleterious side effect, is Potentiated Magnesium (pMg).

The Most Important Discoveries & Developments

Compound Complex – The unique way in which Potentiated Magnesium (pMg) is produced is the result of a newly developed and patented process that, for the first time in the history of magnesium supplements, successfully overcomes magnesium’s inherent hydrophilic nature, and in so doing imparts a supercharged synergy between the ingredients.  It is the Compound Complex process of pMg that allows its unprecedented maximum intestinal absorption and optimum cellular utilization.  (See “The Key To pMg’s Effectiveness” and “Compound Complex & Maxcelint Uptake” for more details.)

Potentiated Magnesium is the only substance, natural or otherwise, that has demonstrated (in its worlwide patents) the reversal of the dystrophic calcification process and reduced its physical presence.  (Reference the following Patents: U.S. 5,849,337, U.S. 6,372,264, Canada 2,295,108, Japan 3622985, China ZL 02828726.6, and the European Union EP 1003370 encompassing France, Germany, and the United Kingdom.)  (See “Potentiated Magnesium” for more detailed information.)

Go To The MAX – Potentiated Magnesium plus Zinc (MAX) provides unparalleled support for the normal function muscles (skeletal and cardio), and naturally supports muscle strength, endurance, power, peak physical performance, aerobic capacity (VO2 max), workout recovery, energy production, and supports the normal function of the immune system.  It has been demonstrated in several independent research studies that the right balance of the essential mineral magnesium with just the right amount of the essential mineral zinc supports natural muscle strength gains (from 11% up to 56%) when taken at bedtime after engaging in exercise or physical activity earlier in the day.  (Reference: Journal of Nutrition 132: 930-935 2002; American Journal of Clinical Nutrition 72: #2, 585s-593s 2000; Medicine and Science in Sports & Exercise 31: #5, 483 1999; Journal of The American College of Nutrition 11: 326-329 1992; Am Journal of Clinical Nutrition 49: 1295-1301 1989; Journal of Applied Physiology 62: 545-550 1987; Am Journal of Clinical Nutrition 37: 407-415 1983)  (See “Go To The MAX” for more detailed information.)

The science behind Potentiated Magnesium (pMg) is the relatively new science of Orthomolecular Biochemistry Research, which is the study of nutrients and what they do on the cellular and molecular level within the biochemistry of the living human body.

The late, great Dr. Linus Pauling is considered the father of this science, with him first coining the term “orthomolecular,” which was often stated by him as “orthomolecular medicine.”  Michael W. Dixon, the independent orthomolecular biochemistry researcher who followed the basic teachings of Dr. Linus Pauling (and later expanded on them), and who is the founder and director of The Research Lab (the entity that developed pMg, conducted the research studies, and acquired all the patents on pMg), and the founder and director of Maxcelint Laboratories Inc. (the exclusive producer of pMg), first coined the term “Orthomolecular Biochemistry Research” – thus giving a name to this important science.  The study of how nutrients and phytochemicals work within the human body – on the cellular and molecular level – is serious science.

It is through orthomolecular biochemistry research that all the great discoveries are made, and are likely to continue to be made, that may provide us with the natural remedies for some of the worst health conditions that affect mankind.  Without orthomolecular biochemistry research we wouldn’t know about omega-3s, CoQ10, the newly discovered benefits of vitamin D – and perhaps the most important discovery and development of our time: Potentiated Magnesium. 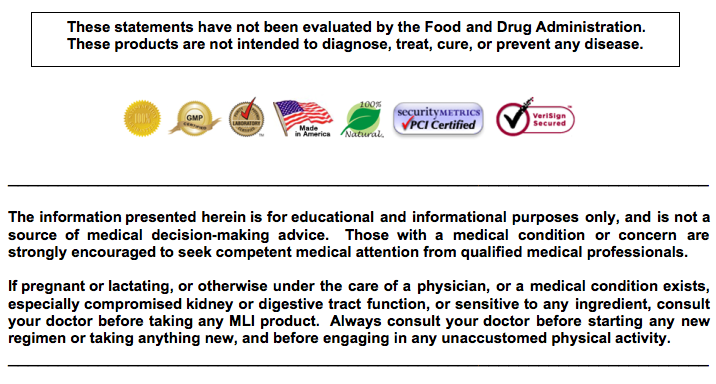 This entry was posted in (4) Science & Patents. Bookmark the permalink.